Can you imagine a world in which the name Britney Spears was met only with a “Who’s that?” That was the world of 1998. The world of 1999, in contrast, started off with a teeny bopping BANG, as Britney’s debut album was released, and her infamous single, “…Baby One More Time,” blasted to the top of the Billboard Hot 100 chart. Pop music was forever changed in January 1999.

When the world considers you the best in the game, both physically and mentally, retiring is probably more difficult than playing ever was. So it’s understandable that Jordan, late in his career, struggled to call it quits in basketball and sports in general. In January 1999, we had to get used to the idea that watching NBA basketball would no longer entail watching Air Jordan in action.

Immediately after the Super Bowl in January 1999, Fox aired the first episode of FAMILY GUY to 22 million viewers, immediately generating controversy over its risque subject matter. Since that fateful evening, Seth MacFarlane’s animated sitcom has won 3 Emmy Awards, and FAMILY GUY has become a household name.

The release of the PowerMac G3 represented a milestone in Apple’s return to public favor and eventual dominance in the personal computing world. Funky design would become the hallmark of Apple computers, along with fast processing and quality architecture. Mac was already becoming the artist’s computer.

7) The Euro Is Introduced

Before January 1999, the word “euro” was mainly used to describe dance clubs or outlandish fashion trends. Now the euro is the second-most traded currency and the second-largest reserve currency in the world. In November 2013, the euro surpassed the U.S. dollar as having the highest combined value of banknotes and coins in circulation.

Jesse Ventura, born James George Janos, served in the U.S. Navy Underwater Demolition Team during the Vietnam War before becoming a famous professional wrestler and actor in 80s action films, including PREDATOR. In January 1999, he was sworn into office as the 38th governor of Minnesota, electrifying the political scene and instantly becoming a Minnesota folk hero, proving that anything is possible.

It was the era of the boy band, and N’Sync had just displaced The Backstreet Boys as the newest teen idols. The American Music Award, based on a public poll, made it decidedly so. They stopped recording in 2002, but they have sold over 50 million albums so far, so I think they are all doing pretty well.

10) Jon Stewart Hosts His First Episode of THE DAILY SHOW

Up and coming comedian Jon Stewart starts his new job as host of Comedy Central’s THE DAILY SHOW in January 1999. One of his first guests, Michael J. Fox, claims that he has been on THE DAILY SHOW more times than Stewart. One of the central topics of the night? You got it, the Senate impeachment trial of President Bill Clinton.

11) THE SOPRANOS Premiers on HBO

You talkin’ to me? BANG! BANG! Ok, that’s a scene from TAXI DRIVER, but the same tough-guy theme helped make THE SOPRANOS a huge hit with a devoted following for six seasons. Tony Soprano brought the drama of organized crime into the home with humanizing scenes of the crime boss’s home life. And the sexual tension between Tony and his psychiatrist Jennifer Melfi? Fuggetaboutit! 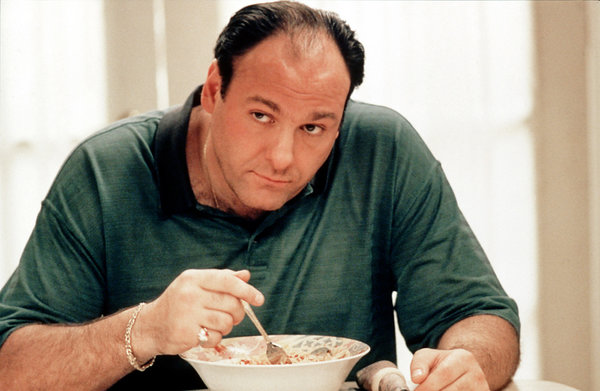 The amount of cocaine captured by U.S. Customs agents in January 1999 would make Tony Montaña of SCARFACE wag his finger in disapproval. 9,500 pounds of the illegal drug were being shipped to Houston on board a cargo ship carrying iron ore when they were stopped and searched near Jamaica. Texas had never had a larger drug bust.

13) Premier of Who Wants to Be a Millionaire

Game shows had to up their antes after WHO WANTS TO BE A MILLIONAIRE? premiered in the United States. The new American version of the British TV show drew in its audience by using suspense rather than speed. In contrast to many other game shows, MILLIONAIRE was played by one contestant at a time, and there was no time limit for answering questions.

14) He’s Backkkk: Mike Tyson Returns to Boxing (With a Vengeance)

Remember when Mike Tyson was a boxer? You know, before he became the comedic actor and performance artist with the face tattoo? If so, you’ll recall that Tyson had his boxing license revoked for biting a chunk out Evander Holyfield’s ear. After a two-year hiatus, Tyson returned to boxing in January 1999 in a bout with Francois Botha. Tyson started off the match a little sluggish, according to the commentators, but – oof! – check out that KO punch! Botha needed both a drink and a vacation after that one.

In January 1999, the music video for Eminem’s “My Name Is” premiered, and Eminem became a superstar. The video really got people’s attention. You know how I know? BECAUSE HE IS THE BEST-SELLING ARTIST OF THE 21ST CENTURY!

So there you have it: 15 moments from 15 years ago. Stay tuned for my monthly pop culture updates as we celebrate Pegasus Lighting’s 15th anniversary. In the meantime, what are some moments YOU remember from 1999? What was your favorite music artist? Favorite movie? Tell me in the comments!